Book of the Month

For the first Book of the Month I have chosen The Queen’s Curse! 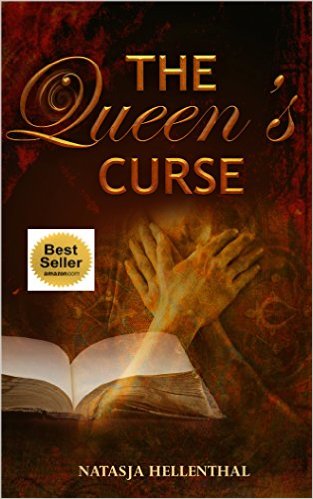 This is the space to discus my debut novel. Hit me with questions about the book and I’ll respond, or your comments and thoughts! Just click on ‘Leave a Reply” or “comment” and it starts! Also, fly over to the free contest being held as well here: natasjahellenthal.wordpress.com/2019/03/09/book-of-the-month-contest/

For those who haven’t read the book yet, here is the synopsis:

When Commander Tirsa Lathabris finds out about her younger brother’s death sentence she is determined to face Queen Artride who is responsible.
But Tirsa’s attack has an unexpected outcome. Instead of being imprisoned she is chosen to be the mysterious Artride’s only bodyguard on a perilous mission.
Their country and its law-system, she soon learns is not what Tirsa thought it was, but cursed.However, there might be one person powerful enough to be able to lift the terrible curse, but this sorceress is said to live somewhere deep within Dochas; the strange uncharted Magical Land from where no one returns . . .
The two women set out on their quest and are soon drawn to each other, but can they overcome the challenges?
Will they find this sorceress, and if so will she actually be willing to help them? For what price? And will they be back in time to save Tirsa’s brother?

Enter the world that is ‘The Queen’s Curse’ and cling to Artride and Tirsa to experience a mind-blowing, heart gripping, psychological fantasy adventure where nothing is certain.

“This story is filled with relatable, realistic characters with flaws that bring them to life on the page. All the characters had their pitfalls as well as redeeming qualities. I found myself so lost in the story, that the words became invisible on the page.”
– Bestselling Paranormal Author Lilian Roberts

“A well-constructed sword-and-sorcery novel. It’s a worthy read for mature audiences, and fantasy buffs will find this book an enjoyable addition to their collection.”
– Bestselling Author John Dizon

“It’s vibrant with wonder, has excellent fast paced dialog and strong female roles. Over all this is a fantastic first novel.”
– Jennifer V. Clancy, Author

“Hellenthal has mastered the epic and her characters grow as the story unfolds with rare humanity. For a first book, the author succeeds exceptionally well in setting a serious tone with epic scope. Her fantastical elements and her characters romp around in their internally consistent other world on a magical quest that intrigues and inspires while laying bare the depths of her characters’ emotions.”
– Michael James Gallagher, Author

“This is not your average Damsel in distress and Knight in shining Armour, not by a long shot! I was pleasantly surprised with how well Ms Hellenthal wove a very well written tale full of danger, suspense, mystery, intrigue and eventually romance and joy. It was breathtaking and brilliant. The characters are so good I actually worried for them, fidgeting as I rode the twists and turns.” – Ameliah Faith

“This story is captivating, well written, and the author has put a lot of thought into her characters that of depth, emotions, strength, and vulnerabilities.” – Angela Crandall

“This book is a very original lesbian fantasy read.” – Katrina

FREE with KindleUnlimited!
Here is the direct link: smarturl.it/thequeenscurse